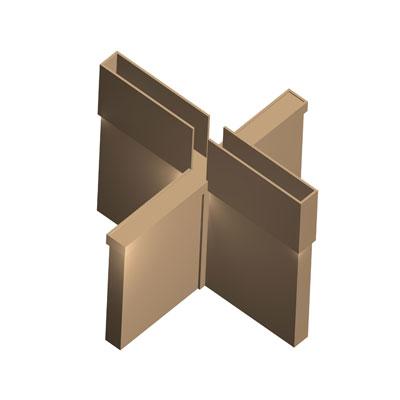 The elevated plus maze is a well-established behavioral paradigm that measures anxiety through passive observation. It uses the mouse's innate tendency to spend time in enclosed spaces and their innate, unconditioned fear of open ones. A mouse is placed in the center of a maze that has two "closed" (walled) arms and two "open" arms. The time the mouse spends in the closed arms in compared to the time it spends in the open arms and this comparison serves as a measure of "anxiety" (the greater the ratio of closed:open, the greater the "anxiety" of the animal). 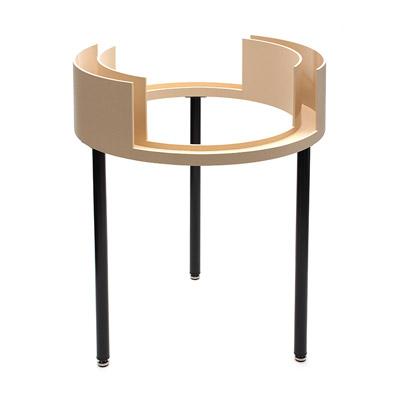 The elevated zero maze can be thought of as a modification of the classic elevated plus maze. Like the plus maze, the zero maze measures "anxiety" (as opposed to exploration) by comparing the time spent by the mouse in the open versus closed sections. Due to its circular design, however, it does not have the ambiguous center area that the plus maze does. This allows for a more straightforward analysis of the mouse behavior. 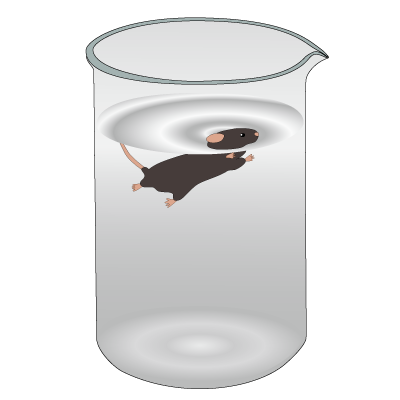 The forced swim test (also known as the Porsolt forced swim test) is used to measure depression-like behavior in mice. It is also sometimes referred to as the "despair test" for this reason. Mice are placed in a cylindrical container filled with water. The behavior of the mouse is recorded and then analyzed. "Floating" (i.e. when a mouse is immobile with its head above water) is said to indicate "hopelessness" and is thus used as a measure of depression-like behavior (particularly because the test has been shown to be sensitive to the effects of depression-related drugs like SSRIs). This test must be conducted carefully as there is a risk of hypothermia. 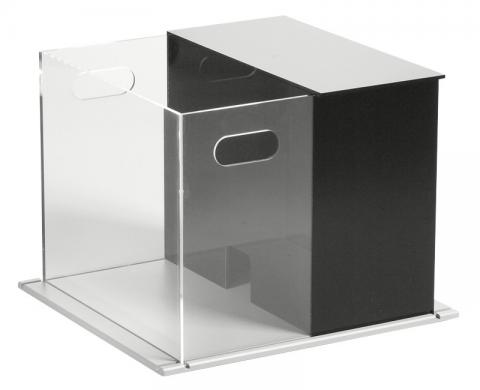 The light/dark box test is a commonly used test of anxiety-like behavior in mice (and other rodents). It is designed around a mouse's innate approach/avoidance conflict: the conflict between a mouse's drive to explore novel areas (approach) and aversion to brightly lit, open spaces (avoidance).  The test is done in an apparatus that consists of a "safe," dark compartment and an aversive, brightly lit compartment, both of which are connected via a small opening between them. In most experiments, the mouse is placed in the bright compartment and then allowed to explore the entire apparatus freely. The time the mouse spends in both compartments is measured as well at the mouse's latency to enter the dark compartment and the number of times it transitions between the two compartments. In addition, distance traveled (total and by compartment) is also measured. Traditionally, mice that are quicker to enter the dark compartment and spend less time in the bright compartment are thought of as being more "anxious," and the number of transitions between compartments has been used as an index of activity/exploration. Previous research has found that this test is sensitive to the effects of a variety of anxiolytic compounds. 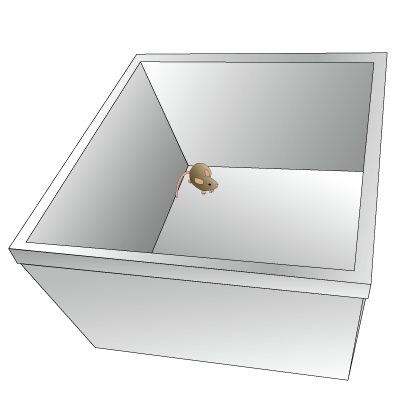 The open field test is a well-established paradigm used to investigate anxiety-related activity compared to exploration-related activity. The time the mouse spends near the walls of the arena is compared to the time it spends in the center of the arena. Traditionally, mice that spend more time near the walls are thought to be more "anxious" than those who spend more time in the center. Time spent in the center and latency to enter the center are thought of as measures of exploration and boldness. Often times, however, the only measure analyzed by experimenters is the total distance traveled by the mouse. This often leads to some confounding of locomotion and exploration. Experimenters especially concerned with this may choose to examine the specific behavior of the mouse as it moves (rearing, nose-poking, hunched posture, etc.). Other factors experimenters may wish to consider before running an open field test is the potential effects of social isolation (from cage-mates) and choice (to enter a novel arena). 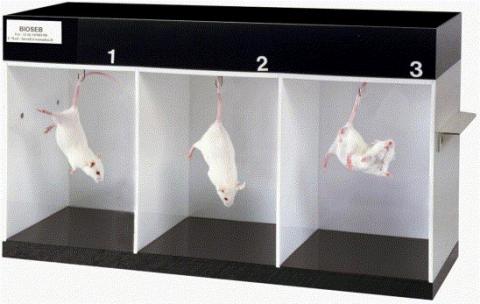 The tail suspension test is used to measure escape-oriented behaviors in mice suspended by their tails with tape. It is often used by investigators interested in depression related behaviors (particularly because the test has been shown to be sensitive to the effects of depression-related drugs like SSRIs). Mice are suspended by their tails for several minutes in a position where they cannot escape or hold onto nearby objects or surfaces. Immobility is used as a measure of depression-like behavior. The tail suspension test is sometimes considered a safer alternative to the forced swim test as it does not have the associated risk of hypothermia (although the tasks do have their differences).

The Sucrose Preference Test  is a reward-based test used to investigate anhedonia in rodents. Anhedonia is the inability to feel pleasure in pleasurable activities or having a lack of interest in rewarding stimuli. In the Sucrose Preference Test Apparatus, the subjects are given access to two water modified serological pipettes (~25mL), one filled with 2% sucrose solution, which serves as the rewarding stimuli and the other with regular water. Rodents  naturally avidly consume sweet food when given the option between that and water. When exposed to stress-based models of depression (chronic mild physical stress, chronic social defeat, etc.), rodents fail to drink more sucrose solution than regular water.  Treatment with antidepressants has been shown to restore the preference for sucrose.